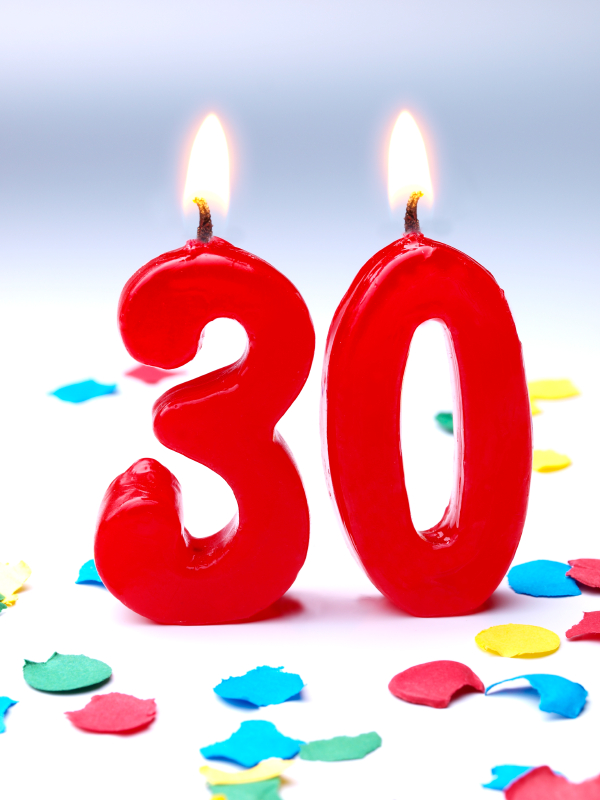 I turned 30 this May and it felt big enough deal that I told my closest friends and colleagues in NYC when my birthday was to have dinner together. I haven’t really celebrated my birthday for a long time. I think the last time I actually did something for my birthday was when I turned 17. Since then, for the most part, I’ve been a shy introvert about my birthday, and kept the date a closely guarded secret. If anyone asks, I just tell them I’m a Gemini and my birthday is some time in May.  It’s been hard to explain to other people why I don’t really disclose my birth date and why I don’t really celebrate it. My explanations have included:

In my experience, after my explanations, most people still don’t understand why I’m so weird about my birthday.

In any case, it was really nice to reveal my birth date only to people that I felt comfortable disclosing to and invite them to spend time with me. It honestly felt a bit awkward at times to be the center of attention, but I genuinely appreciated the company of my friends and colleagues. My birthday brought them together and I hope we can all stay connected together more in the future.

Not much has changed with me after turning 30. A lot of my impulses and thought processes are the same as when I was 14. I still end up having crushes on girls I shouldn’t, as I know they’ll never see me that way or – and this is more common now that I’m older – they’re already in a very committed relationship. Now many are engaged/married and raising kids of their own.

I do feel like I am more mature about being single now though. In a way I’ve come to accept it, like somehow that this was my choice.  It is my choice despite – or maybe largely due to – the reality of being an Asian man in American society, which has meant that in almost all cases, women do not find me attractive and so don’t consider me as more than a friend, and other heterosexual/bisexual non-Asian men do not think it possible that I could be competition and so will shamelessly interrupt a woman I’m talking to as if I don’t exist. I admit I have not challenged this reality much. I have been the person to be much more preoccupied with my career and self-improvement goals to devote much energy towards what would be called “putting myself out there.”

Surprisingly, even with this reality, I’ve been in romantic relationships, and one was really serious, and almost all have been with Black women. Black women’s reality in the dating world is messed up like my reality as an Asian men. I have observed that it can be difficult for Black women to find genuine love when there is such high risk of them being fetishized or misunderstood based on stereotyped caricatures. I’m not saying this is the case for all Black women or even most black women, but it seems like it’s a very likely reality for Asian men and Black women to have to live with, the reality of being unwanted, of being invisible, and at the same time, the reality of sticking out like a sore thumb. I feel very fortunate to have had some genuine amazing romantic relationships and I lament that I broke up with them and ended up breaking hearts. I often still feel very guilty about that.

I was born without any siblings and in my 30 years alive, I have spent 95% of it being single and almost 50% of it living by myself. Unfortunately I’ve come to develop a sort of commitment phobia and not much of a tolerance for what almost everyone considers as normal part of being a couple, such as sharing the bathroom space, sleeping in the same bed, texting and calling each other every day, wanting to spend time together whenever there’s free time… I especially  couldn’t handle the other person’s opinions on how I should dress or do my hair. I never had to deal with that nagging except with my mom, but I guess it makes sense that I’ve been living thousands of miles away from my parents for over ten years now. Being single can feel so extremely depressing and lonely, but I’ve been single for sooo long, that I have never found out a way how not to be. I wish I could have come to acceptance about this without having emotionally hurt my ex-girlfriends like I have.

Anyway, outside of my failed love life, I still spend most of my free time playing video games. The way I nerd out talking about games and comic book movies is the same as when I was 17. I guess the big difference is that nowadays I don’t have as many friends to nerd out with together.  When I was in my early 20s I was a regular contributor on gaming blog sites and forums and YouTube, and I exchanged so many emails and Internet comments with other people who were really into gaming. Now I mostly just play on my own and that’s about it.

I still blog and write like this, though compared to back then, definitely much less frequently. I haven’t engaged in any kind of creative writing for quite some time, for at least like three years or so. I’m more socially adept at engaging in small talk and appearing like an extrovert when I’m at work. This is a big part of my job as a social worker, developing a therapeutic rapport with my clients, so that they can feel comfortable to come to me with their deepest secrets and their most crushing and immediate life challenges. I’m normally very introverted and refrain from large social situations but at work, I relish conversations with clients and facilitating support groups and community meeting group discussions. When I was in college training to be a social worker, I had the biggest social anxieties wondering if I could handle being around people, thinking that I was much better at writing than at talking/listening. Now there are people diagnosed with schizophrenia and living with paranoid delusions and hallucinations who feel so safe with talking to me that they entrust me with information that they would with no one else.

Outside of work, I’m still very awkward socially. Well, even at work, I think I can be quite awkward socially with my coworkers. I just always feel like the way I think about things is so weird. So it is that I feel more comfortable sharing my most honest thoughts and feelings via an online blog that any stranger can read than talking with other people in real life. I’ve taken Myers-Briggs personality tests about four times now and I’ve always tested as an INFJ-T. Obviously I don’t believe that people can be easily categorized and ultimately it’s quite impossible to predict human behavior, but a lot of the descriptions about INFJ (especially INFJ-T) personality is very, very true about me I think. Also, I’ve recently learned that male INFJ is the rarest personality type in the world and as I’ve so often felt  like I didn’t belong or resemble anyone I know, learning this really hit home for me.

There are two areas of my life that feels so different now that I’m 30.

The first area is in regards to my career. Suddenly, I keep getting these urges that what I’m doing right now is not what I want to be doing for too long. I want to move on, make bigger impact. I daydream about getting a law degree and becoming a legal consultant to non-profits and using legal and social work expertise concurrently to advocate for people in very disadvantaged situations. I daydream about someday affecting policies that impacts thousands and thousands of homeless people and people living in poverty. If not a law degree, my mind also constantly wanders to the idea of supervising interns and becoming an adjunct lecturer or teaching training courses in addition to being a social worker. I love the work I get to do, and I’m very deeply attached (some might say unhealthily) to the people on my caseload and the people at my work site. I’m most likely going to be doing this for at least two more years, but my ambitions since turning 30 are definitely growing and I’m coming to have a clearer and clearer idea of how to pursue them.

The second area is in regards to my family life. Today at work, we had a Memorial Day BBQ event for the tenants in our buildings. I got to spend some fun play time with some of the kids that came to the event. The interaction itself wasn’t too different from all previous similar ones. I was my usual goofy self that makes kids laugh by being dramatically clumsy. I also did some light social work listening to them about their feelings and their interests and offering some guidance about some of their challenges. What felt really different to me was what happened afterwards. On my way home, it felt so much more intensely lonely the knowledge that I am 30, single, and without any kids to raise. Singledom I’ve come to accept as I’ve wrote above, but not being a parent really got to me. I mean, my parents were 30 when I was born. That fact shouldn’t mean anything but somehow it kind of does.  Now I’m feeling like I really need to get my life together, become more stable, get prepared enough to become a foster/adoptive parent, so that it’s not only my job that keeps me contributing to society, but so that I make a legacy in my personal life as well.

The two things are mostly just feelings at this point. I do feel like turning 30 has intensified those feelings. But 30 years later, I’m still just me, a social worker trying his best to survive in NYC and enjoy the immersive experiences of video games in his free time.